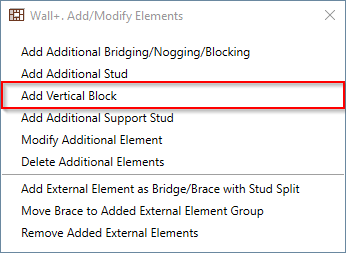 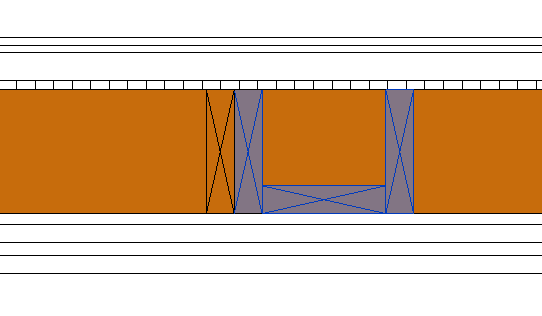 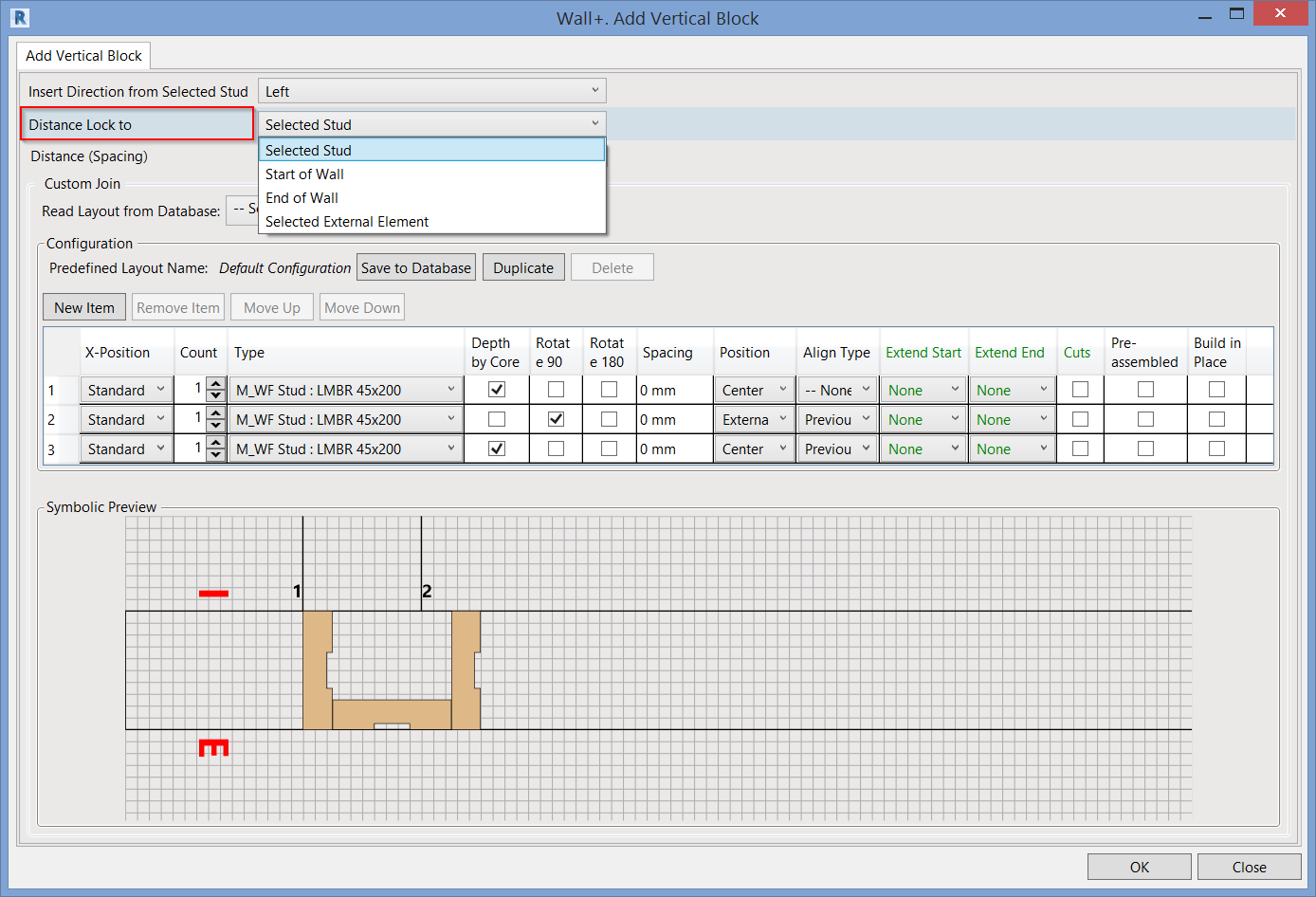 Distance Lock to – an additional vertical block can be inserted with predefined distance from selected stud, wall start/end, or selected external element. 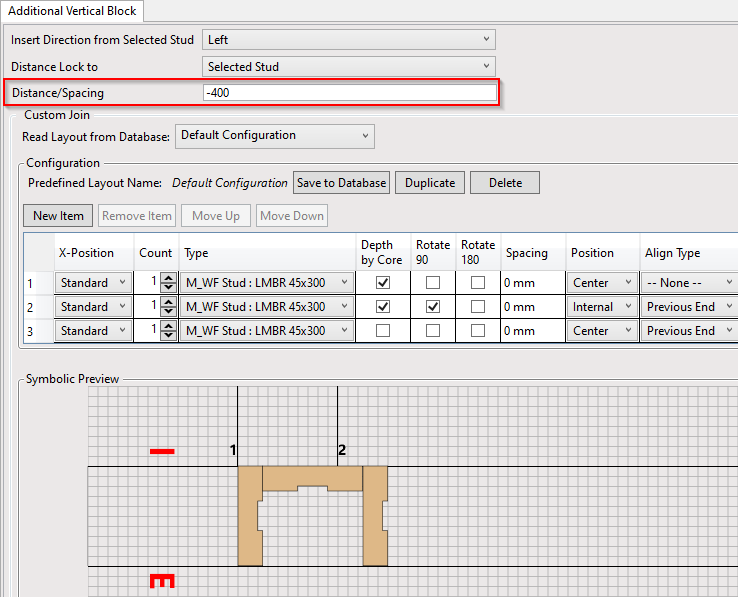 Distance/Spacing – distance/spacing from selected joist, start/end of wall or selected external element to the block. 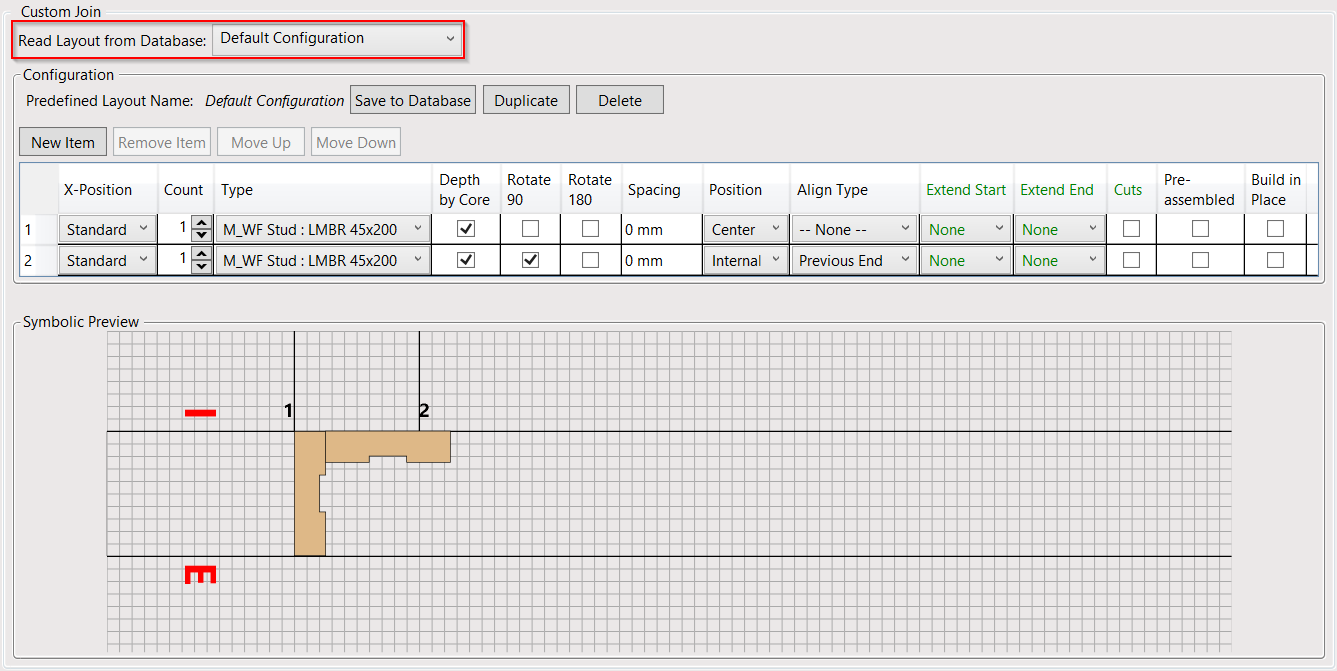 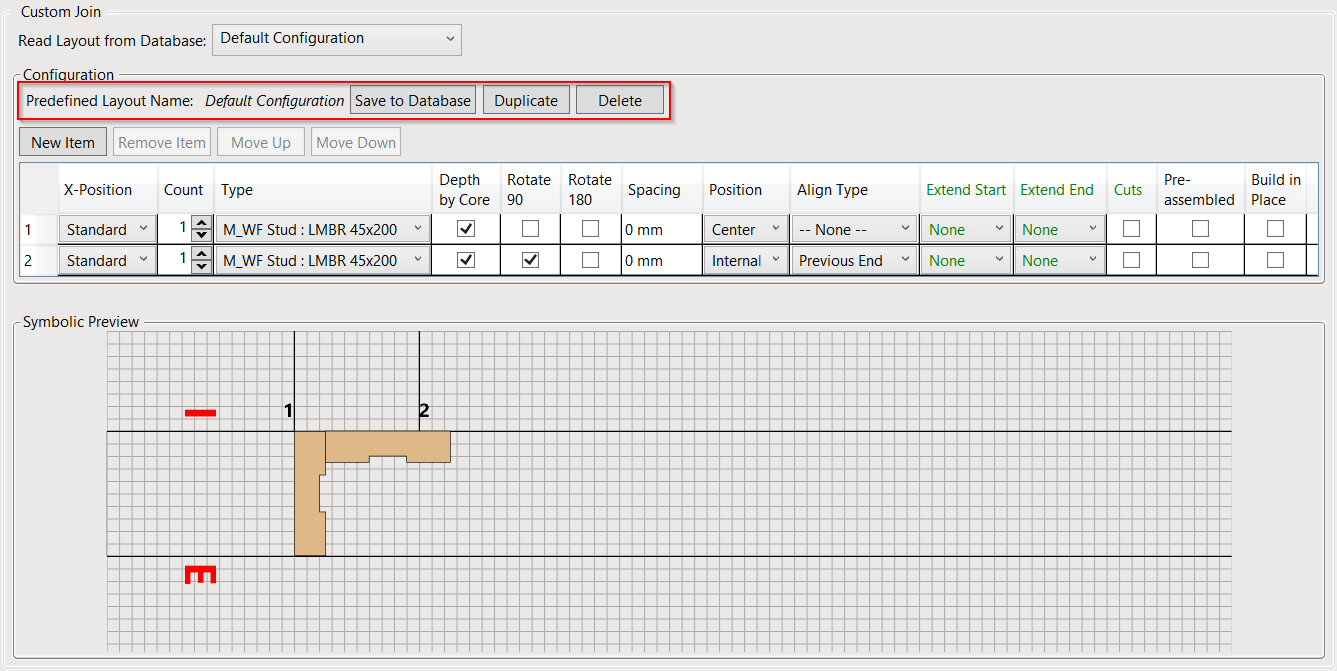 Duplicate – duplicates existing configuration in order to create a new one. 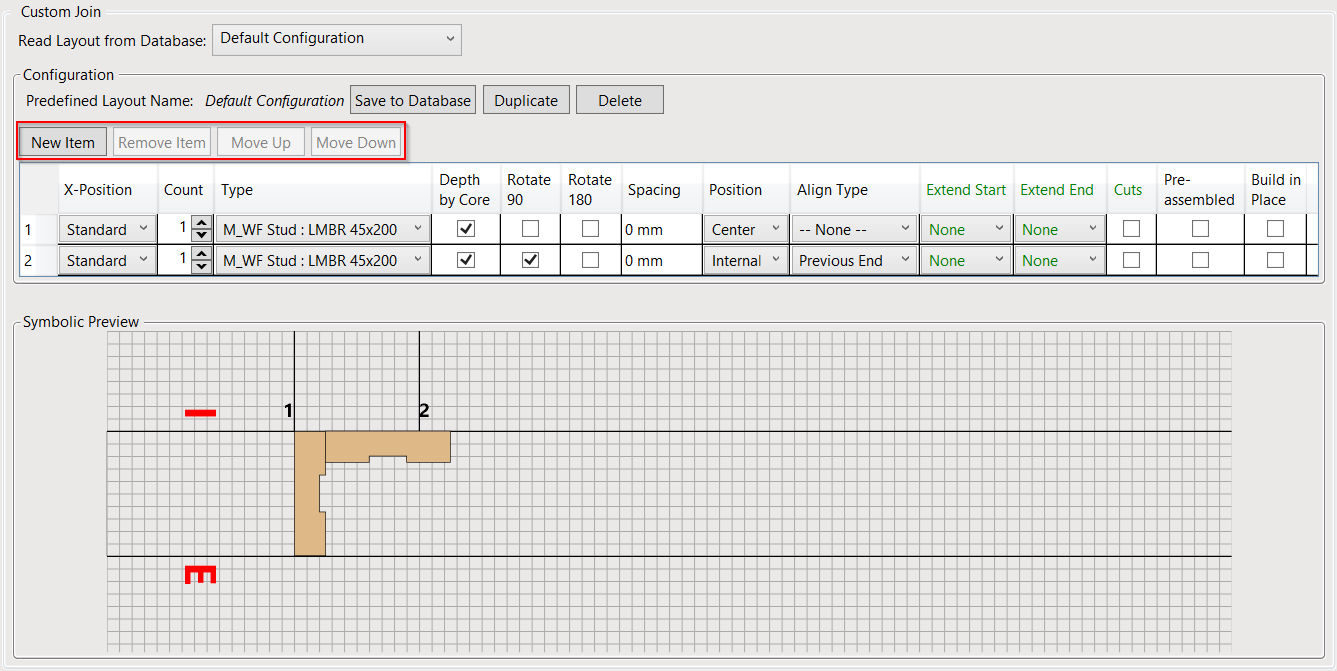 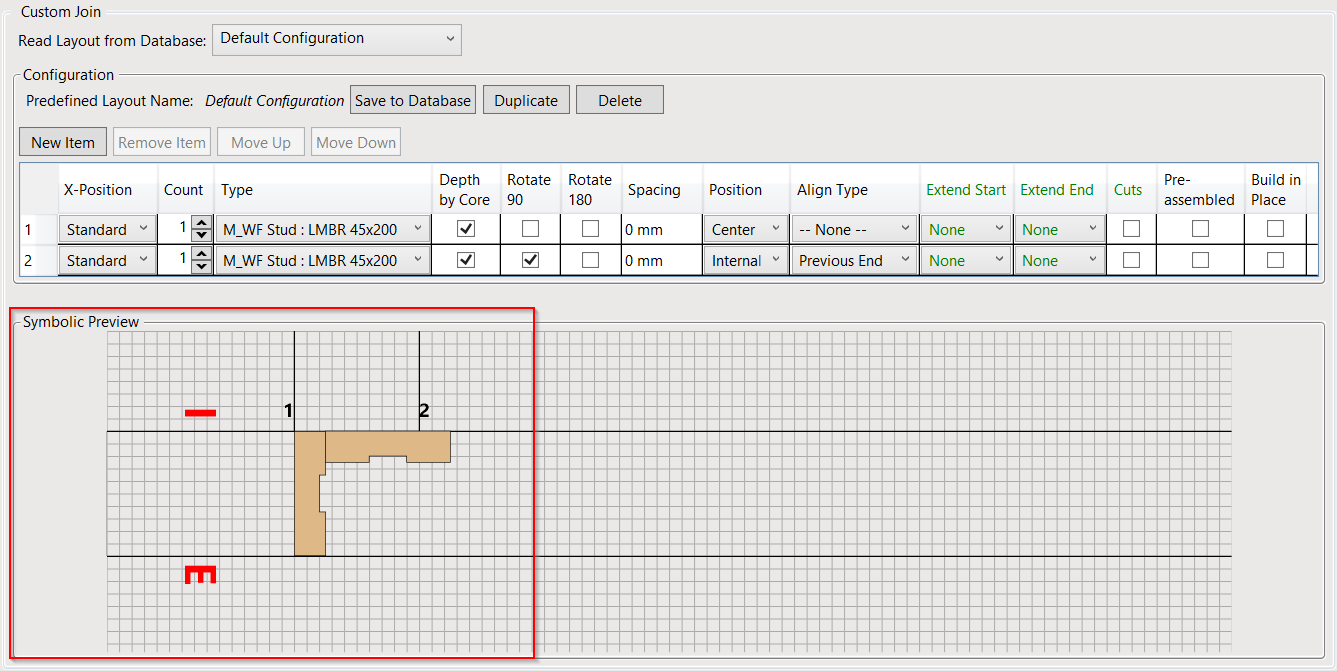 1 and 2 indicate the sides of intersecting wall. These sides are used for stud positioning.

I and E show where Internal and External sides of wall are.

Position – controls stud position that is related to connected wall. 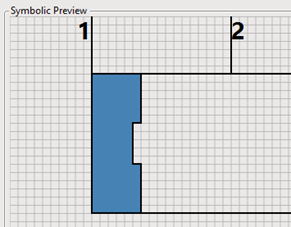 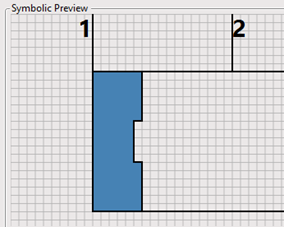 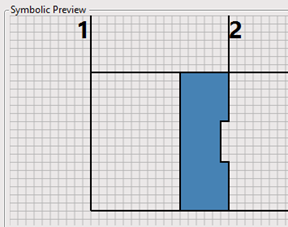 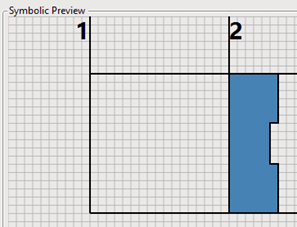 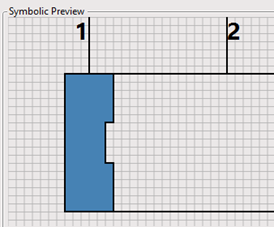 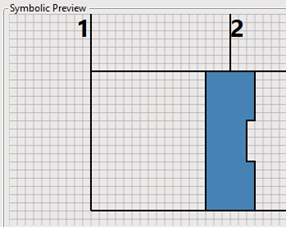 Center – places the stud along the center of intersecting wall: 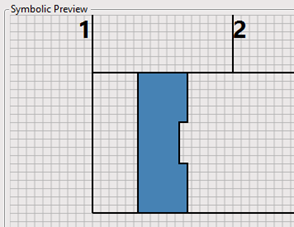 Rotate 180 – rotates selected stud by 180 degrees. This option is important when the stud is not symmetrically shaped. For rectangular studs this option usually is not used.

Near Connected Wall – option used if the stud must be always near the side where another wall connects.

Near Connected Wall + Depth – option used if the stud must be always near the side where other wall connects and the stud depth must be the same as connected wall layer thickness.

Align Type – the selected stud can be aligned with the previous stud‘s End or Start.

Example: Wall+ finds that studs from block are connected with top and bottom plates in "T" connection. In such cases, it is extended and cut. 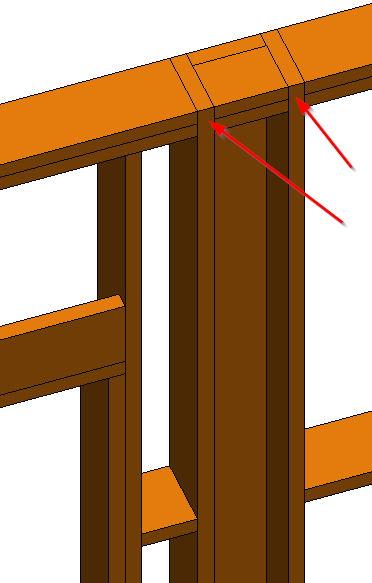 Also fills information to these instance parameters of additional studs: 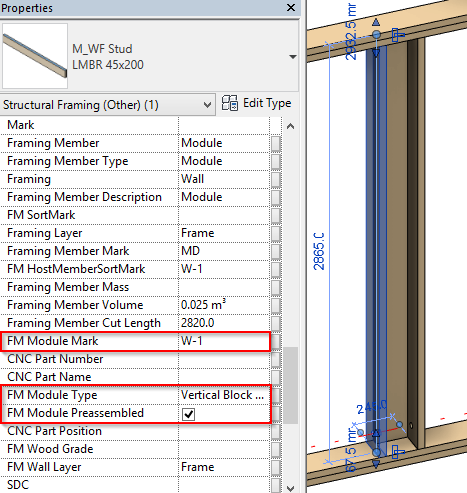 Build in Place – writes Yes/No information into the stud instance parameter if it is build-in-place or is prefabricated together with whole wall frame. Later this parameter can be used in schedules or view filters. 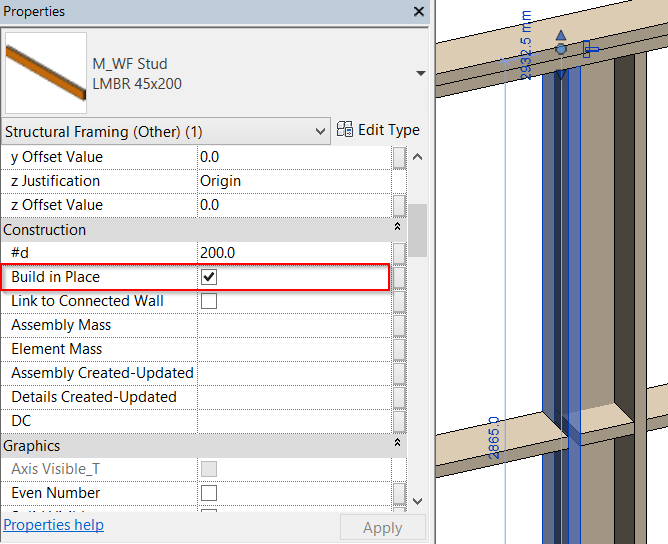