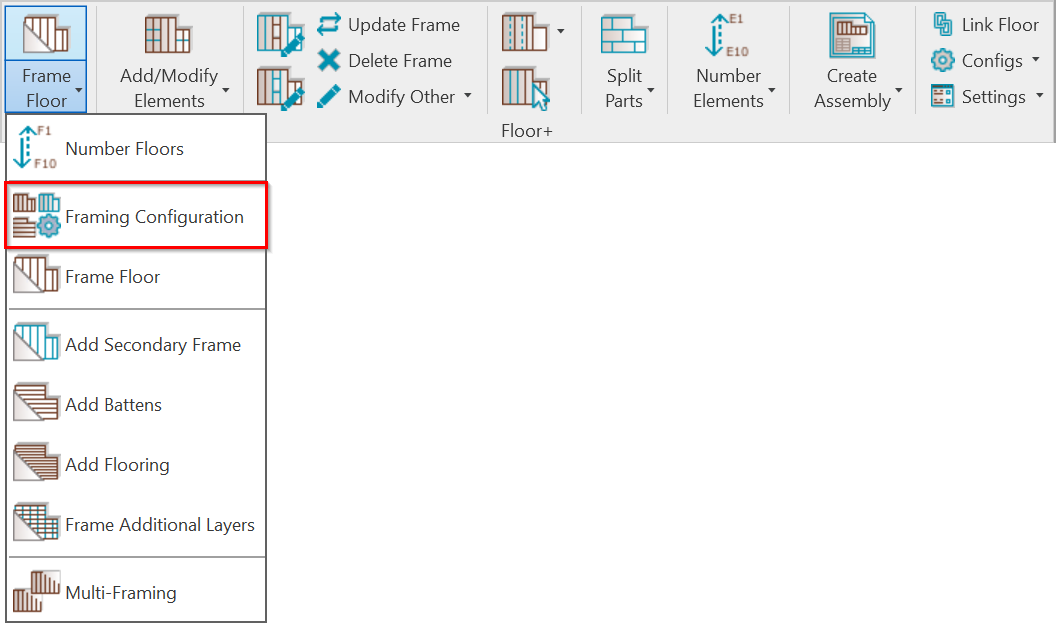 2. Choose Configuration Type that corresponds to the framing layer of the floor 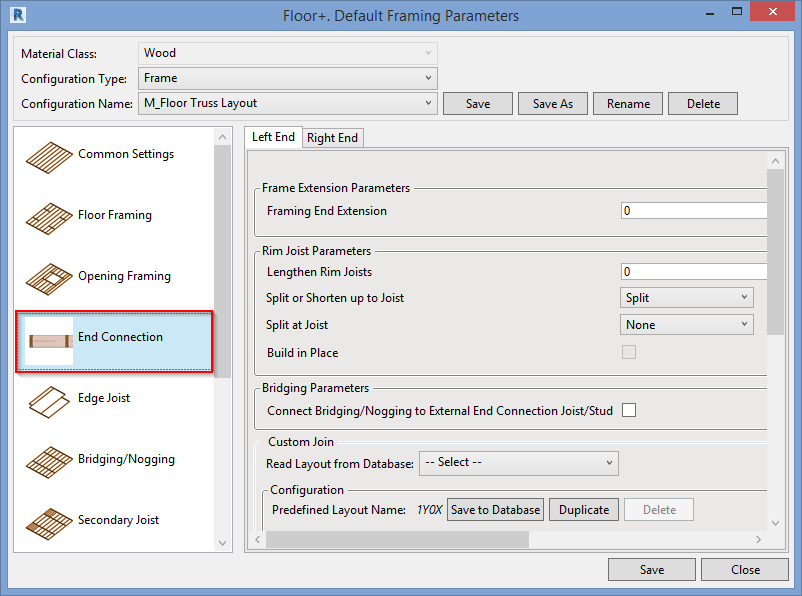 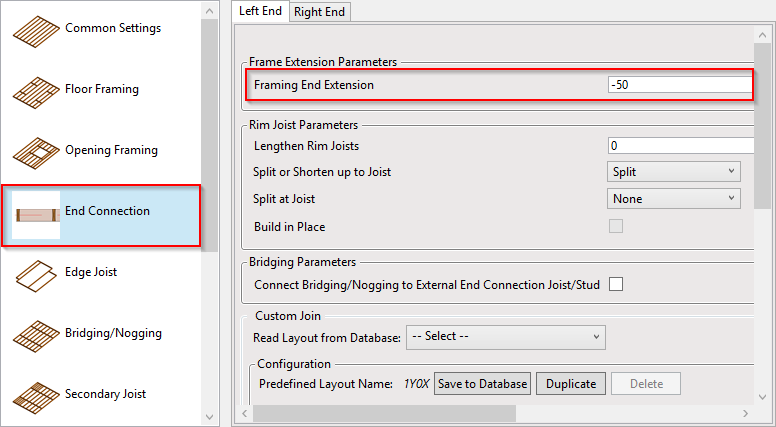 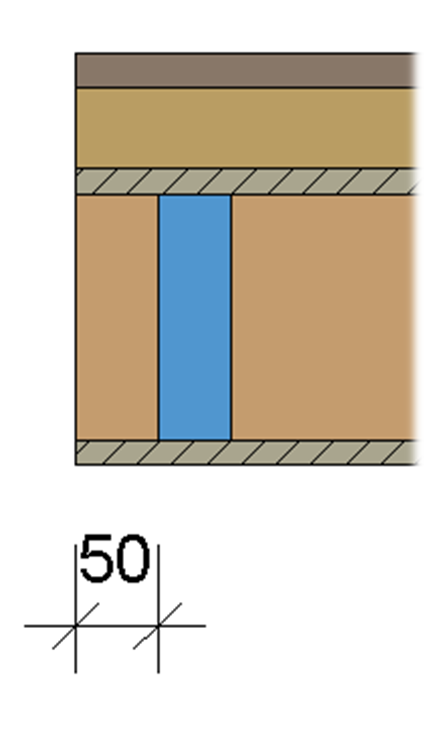 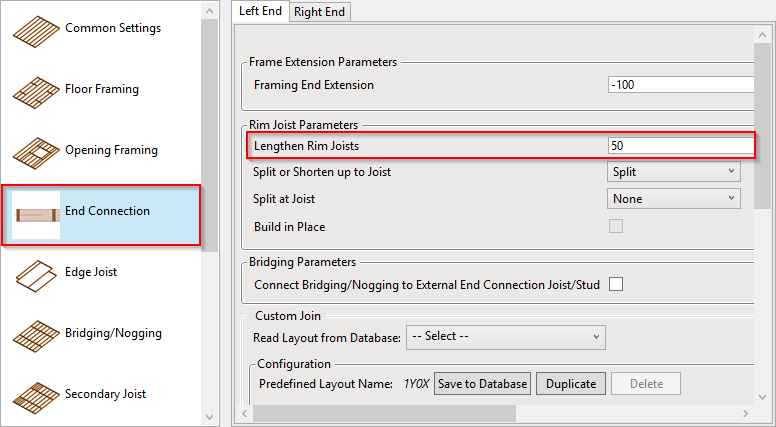 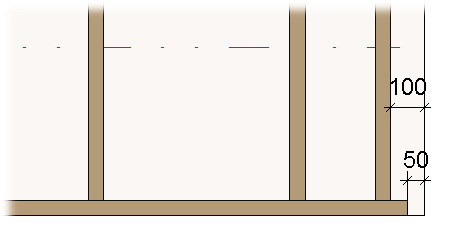 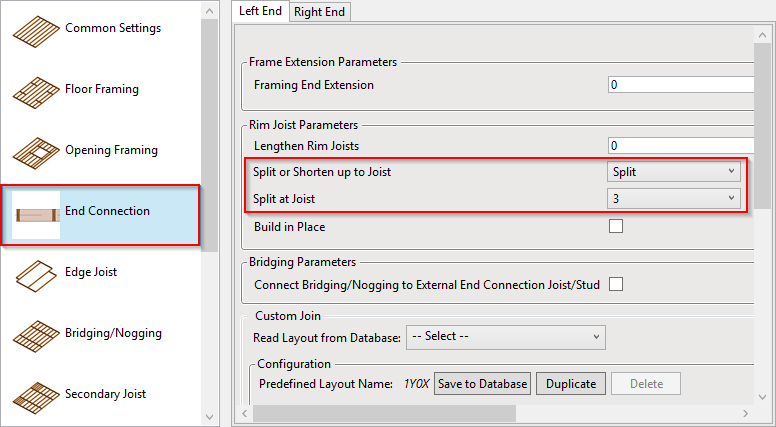 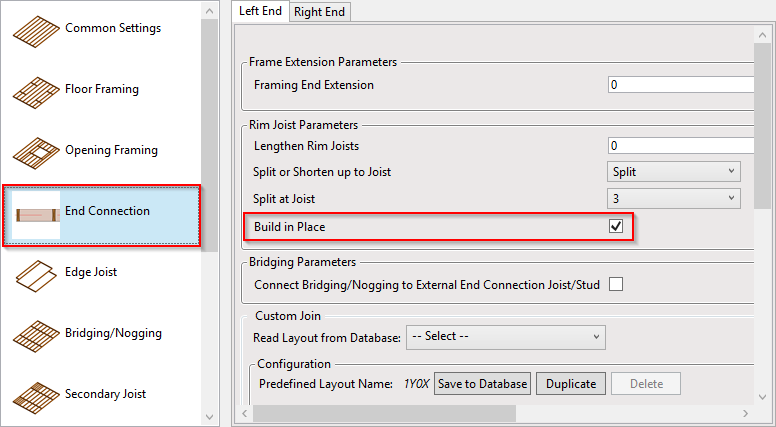 Build in Place – writes Yes/No information into the rim joist instance parameter if rim joist is build-in-place or is prefabricated with whole floor frame. 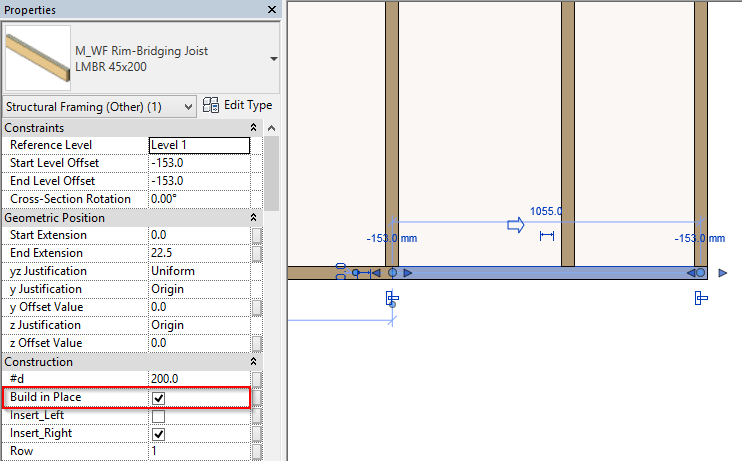 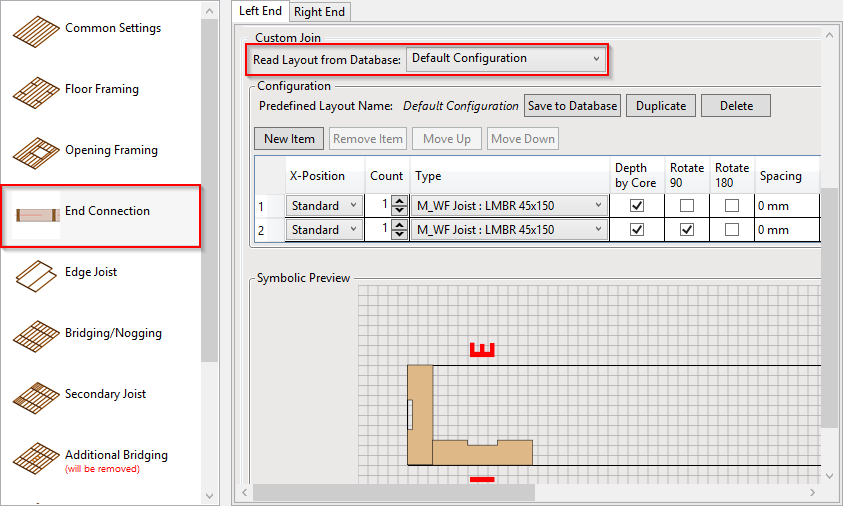 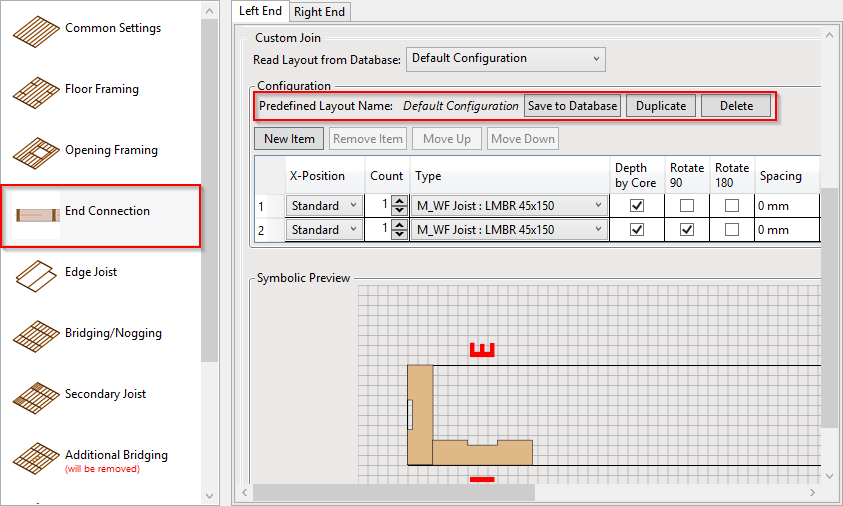 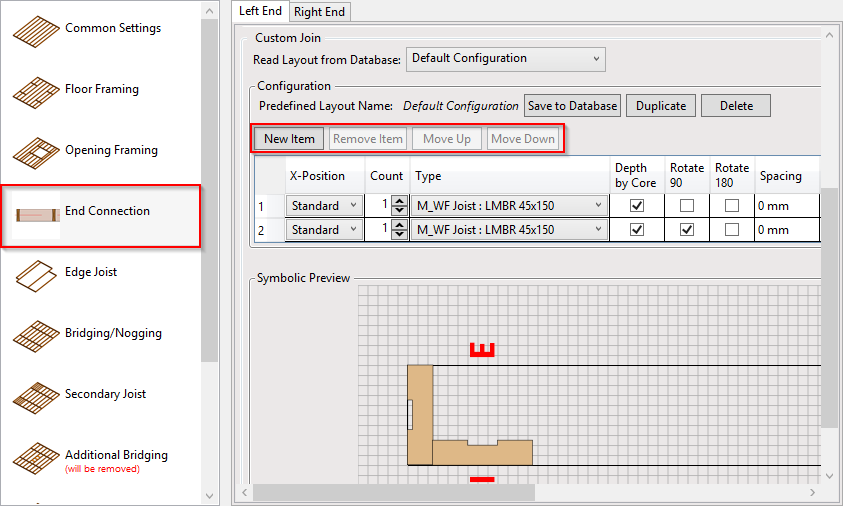 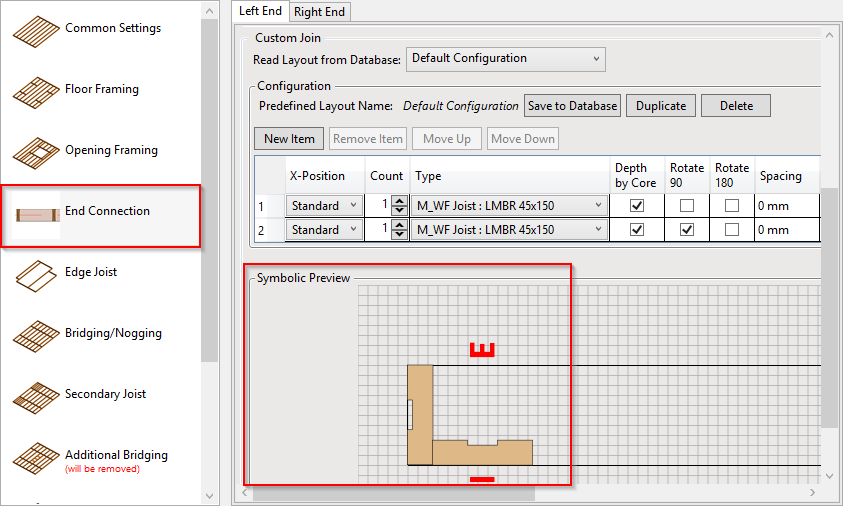 I or E indicate where the Internal/Bottom or External/Top sides of the floor are.

X-Position – controls joist position, which is related to the connected floor. 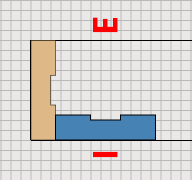 Inner Side 1 – aligns the joist with floor end: 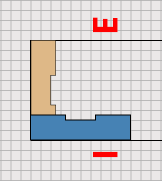 Depth by Core – joist size will be adjusted according to the floor layer thickness during floor framing process.

Rotate 180 – rotates selected joist by 180 degrees. This option is important when the joist is not symmetrically shaped. For rectangular joists, this option usually is not used.

Align Type – the selected joist can be aligned with the previous joist‘s End or Start,. 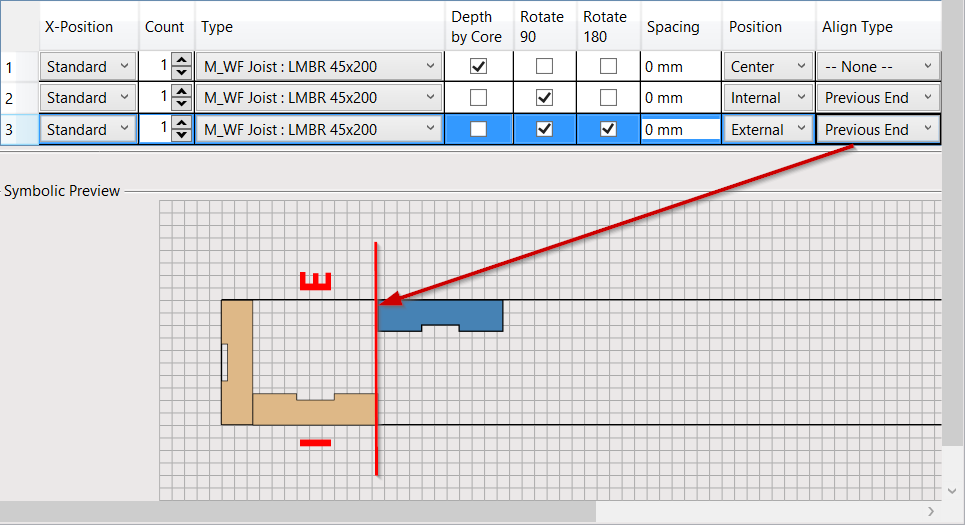 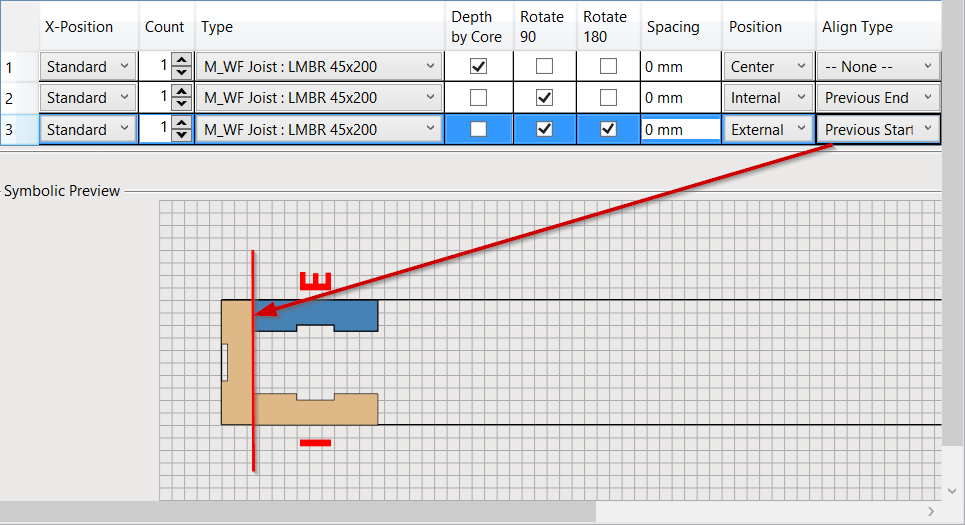 Cut – select if joist should cut the connected joist.

Example: Floor+ finds that end joist is connected with rim joist in "L" connection. In this case, it is extended on both sides and cuts: 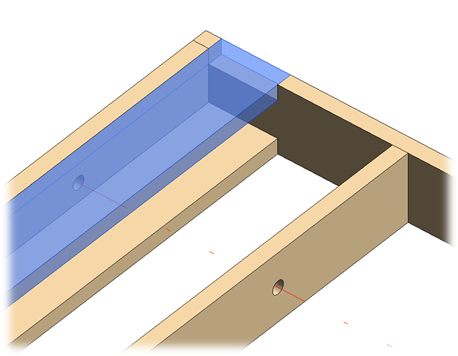 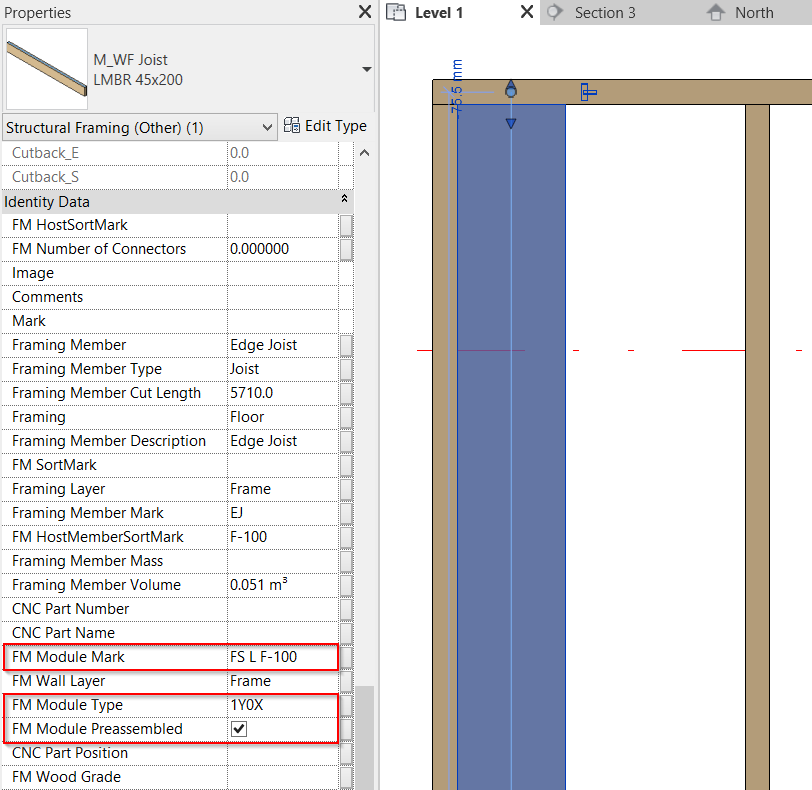 Build in Place – writes Yes/No information into beam instance parameter if the beam is built-in-place or is prefabricated with the whole floor frame. 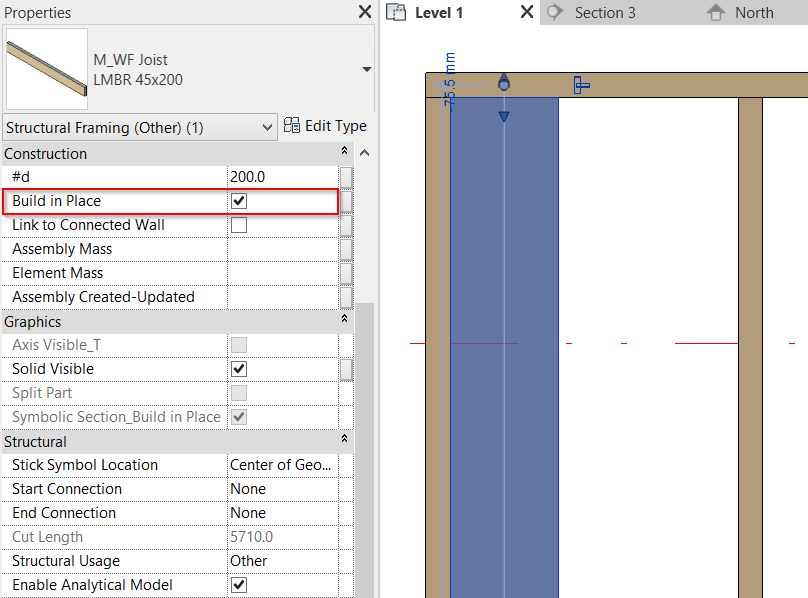