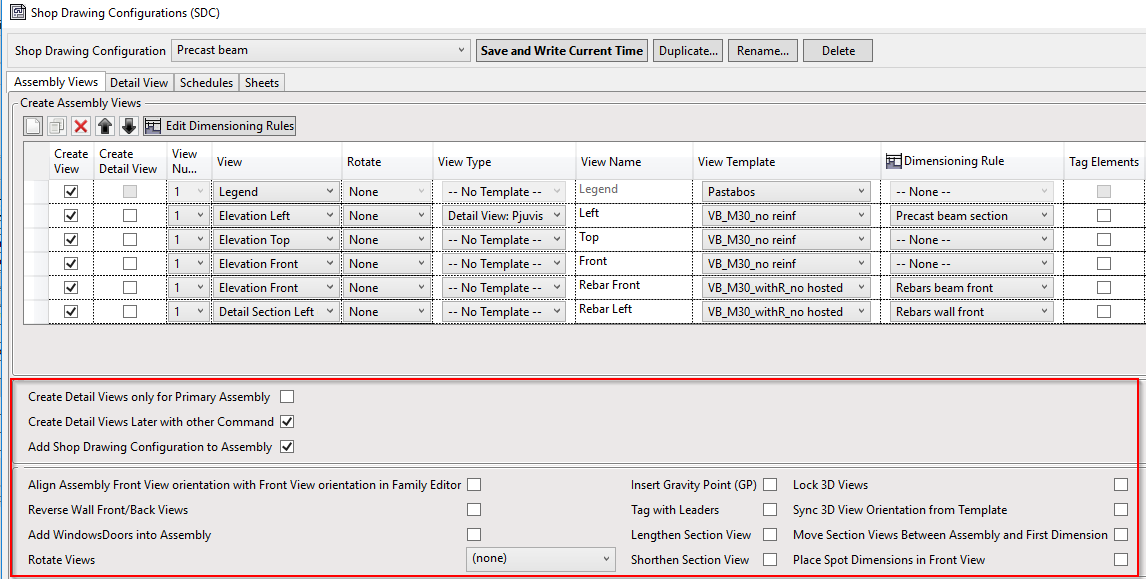 Create Detail Views Later with other Command - If ticked ON, Detail Views will not be created during Create Assembly command. Instead you will have to use a separate command later to do that.

Reverse Wall Front/Back Views - It will rotate assembly origin for Wall by 180 degrees, so Front View will show back side of the wall. (By default Front View is the exterior side of the Wall.)

Add WindowsDoors into Assembly - By default Window and Door Families are not added to assembly. If ticked ON, the Create and Update Assembly commands will add window/door families to assembly automatically.

Rotate Views - Select this option to rotate all views at once.

Tag with Leaders - Related to the Tag Elements option in Assembly Views. If that one and this one are checked, then Tags will have Leaders.

Shorten Section View - Move section heads, so they would be close to the Host as much as possible:

Lock 3D Views - After assembly has been created, 3D view will be locked.

Sync 3D View Orientation from Template - If ticked ON, orientation of 3D view will be based on Template Assembly's 3D view orientation.

Move Section Views Between Assembly and First Dimension - It will move elevation views closer to assembly, as stated in the name of the checkbox. 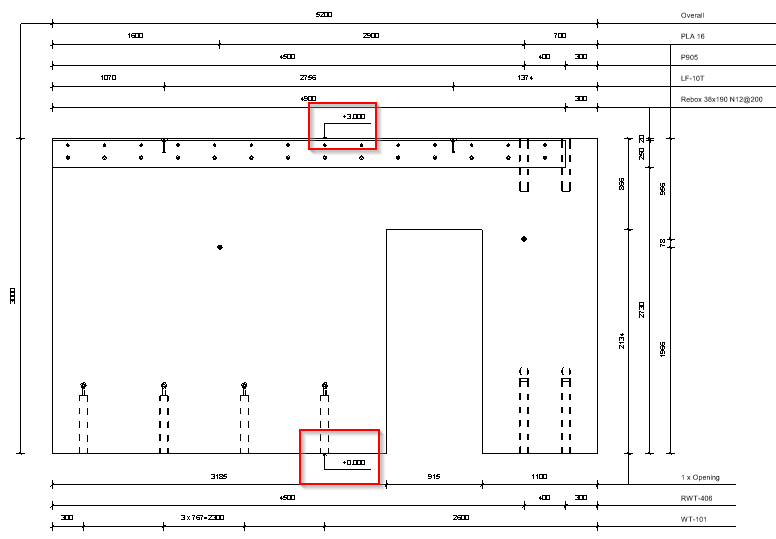